Estontetso is an old-fashioned country where the good old techniques are still paramount: Steam trains, steam and sail ships, airships and electricity. There are no electronics to dominate the daily life.

When around 100AP the Kingdom was born, the people expected an era of new ways, but instead, freedom of press and sciences was increasingly suppressed, and by about 200AP, technology came to a virtual standstill. No modern technology was allowed into the country during that period which ended in the Civil War and the foreign occupation of 297AP.

What seems a disadvantage at first glance, turns out to attract millions of visitors who want to see and experience how the world of 100 years ago would function.

The name of the country means "Land of the future".[1] The autonym Esto very appropriately means "this, it".[2]

The Star of Liliana is an old symbol of the Liliani Empire which commenced in the region of modern Esto and in the end gave birth to this state. Therefore it is an essential part of its vexillography.

In May 321, a modernised version came into use.

The modernising and multiplication of Esto's flags, decreed by the President in May 321, will continue.

The recent call for a national anthem had little response, and even the winning title was not convincing:

The President of the Federal Estontetsan Republic (also called Federal President) represents Estontetso to the outside. He presides over the Supreme Parliament which acts also as Supreme Court.

There is a Secretary of State for Everything, with the necessary functional and regional offices.

Every level and branch of administration and industry is accompanied by a legislative council of the respective citzens and workforce which also functions as a court.

The standards are currently being developed.

Foreign relations are maintained by the Federal President through the Foreign Office, exchange of diplomatic missions, and participation in international organisations and treaties.

Ambassadors have been exchanged with the following nations:

Kingdom of Vingarmark
Add a photo to this gallery

Estontetso is member or signatory, respectively, of the following organisations and treaties:

Assembly for Peace in the Western Hemisphere

D-E-F Treaty
Add a photo to this gallery

Applications will be submitted in due time to:

Association of Neutral Nations on Vexillium

Free Confederate Community
Add a photo to this gallery

The security of the state is secured by the Federal Constabulary. 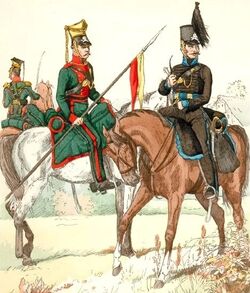 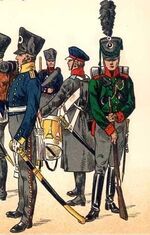 So Esto seems to be the only nation whose navy wear a green uniform.

The status of Autonomous Region was granted in former times when more than 1/5 of the population of a Republic were not part of the main ethnical group, and more than 2/3 were concentrated in a specific region. Autonomous Regions traditionally enjoy education in mother tongue. Other peculiarities had indeed been provided for, but never utilised.

Estontetso stretches across the continent of Longerath, abuts five nation-states and two bodies of water. Its position is unique in that all land traffic between north and south of Longerath has to transit Estontetso, while it is the only country with coasts on both sides of the continent.

Economy is the basis of existence for the citizens and their state. In their best interest all economic entities are owned by the state and thoroughly conducted by the administration.

The citizens are free of taxs and fees. Profits are distributed to the citzens and workforce according to need and performance.

Estontetso is linked to its neighbours by road, rail, ship and air, by telephone, telegraph and radio.

The character of Esto's geography as a transit region (see above) led to a railway network which mainly provides major north-south and east-west lines, crossing in Duceta. The east-western coast-to-coast line is currently being enlarged from two to three tracks (two uphill, one downhill), with future plans for four tracks on both main lines (one each for passenger and cargo trains in each direction).

The timetable of the FER is now online available.

There is an ongoing quarrel for funds between F.E.Airways and F.E.Airshipping Lines.

The diplomatic missions are additionally connected to the Foreign Office by longwave.

In order to catch up quickly with the technological status of the rest of the Vex in the field of computers and electronic communication, the President ordained the installation of a communications modernisation institute COMMOD for research and development which is to co-operate with the Feniz-based ISP Vexilli.Net.

As outlined above, there is a big vexwide interest in Estontetso's "good old" technlogies. Millions of guests visit Estontetso each year for the single reason to see steam trains, steam ships, sail ships, airships and the like, and travel with them.

As these are not museums like in other countries, visitors learn to know the whole country and its beauties, and frequently come back.

The hotel business, on the same lovely old-fashioned status, is receptive on a large scale.

Arts and sciences and their international exchange are liberally and amply supported.

When the Liliani Empire began to collapse, its conquered territories gradually slipped away from it, either by outright rebellion or by simply not heeding imperial decrees anymore. In 600 BP, the last Liliani Emperor, Natestus I, stopped trying to hold Liliana's far-flung empire together. Instead, he concentrated on the Liliani heartland, abandoning the periphery in order to strengthen the interior. By doing this, Natestus was left ruling a stable and unified nation. It was, admittedly, considerably smaller than the old Liliani Empire, but it was no longer falling apart. This new empire was called Estontetso.

In 579 BP Gorami declared its independence, and took a good portion of Arrebarbadera with it. It would maintain this independence for almost five centuries.

For about seventy-five years after its establishment, Estontetso was guaranteed stability, with no more threat of internal difficulties than could be expected. Because of this, it began once again to look outwards, particularly to the north, and then to the south, where Dascunya lay. There were some that even dreamed of reestablishing a Liliani Empire. This expansionistic outlook was one of the primary causes behind the Longerathian Wars.

Retrieved from "https://vexillium.fandom.com/wiki/Estontetso?oldid=32280"
Community content is available under CC-BY-SA unless otherwise noted.